*In case you didn’t figure it out already*

Okay, I swear it is basically impossible to type like this. But here goes anyway.

So . . . I’m in Paris. And it’s pretty amazing. I opened my window this morning and the air smelled like pastries. I’m not even kidding. 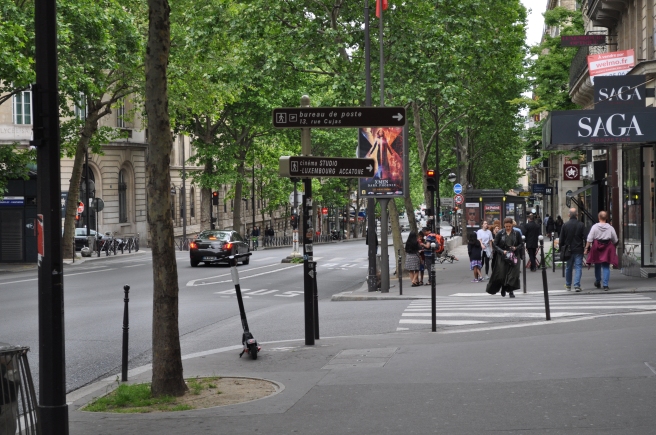 This is the street right by our hotel. Over on the left (you can’t see it), I ate my first real French croissant. Definitely does not compare to the frozen, fake, flake-free ones I eat at the coffee shops in Alaska. 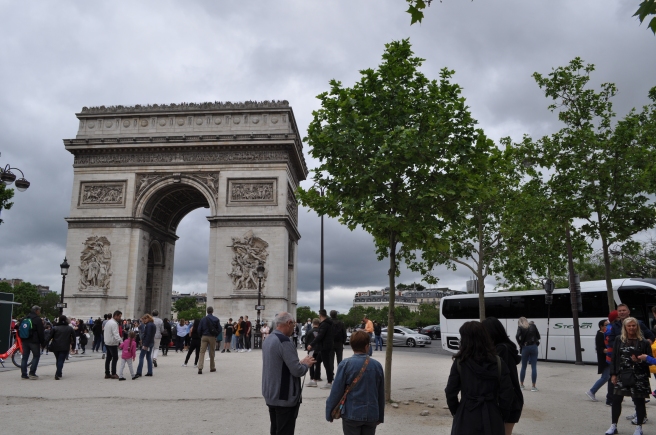 After breakfast, we took the Metro to-

Wait, hold up. Can I just say how IMPOSSIBLE to use the Metro? I mean, it’s obviously not impossible, since we used it four or five times today. But there was a lot of standing around, trying to figure out where to go. It’s so confusing.

Anyway, I was about to tell you we went to L’Arc de Triomphe this morning. It was so much bigger than I thought it was. My dad and brother and I climbed to the top (a lot of stairs!) and got our first birds-eye view of the city. My mom opted to stay below. 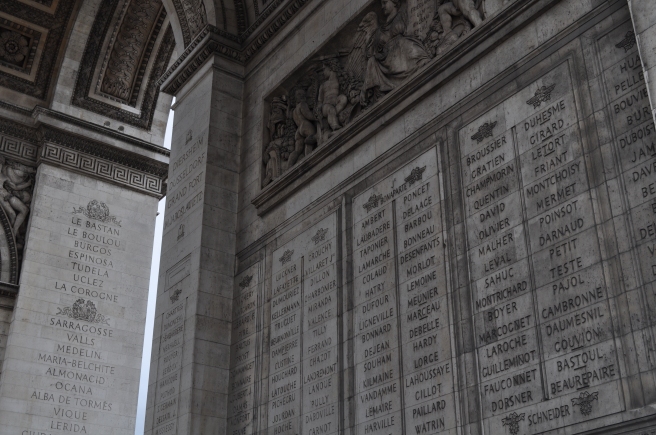 Underneath the Arc. It’s the biggest arch in the world, and was commissioned by Napoleon to celebrate his victory at Austerlitz. 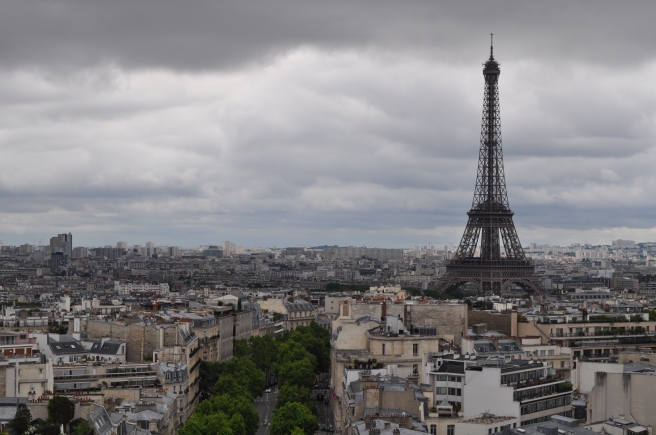 My first complete view of the Tower, too. So amazing. 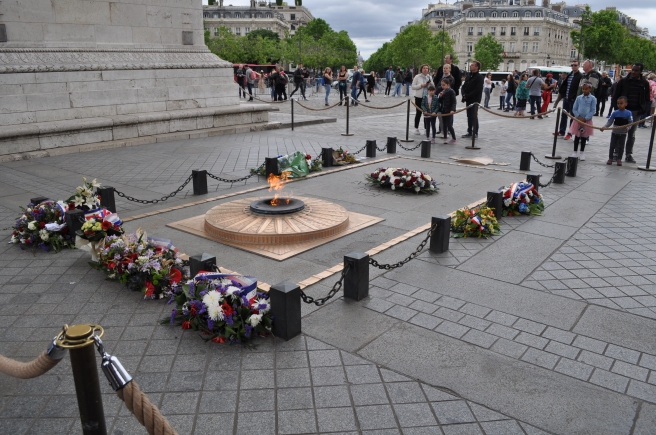 The Tomb of the Unknown Soldier. The flame is rekindled each evening at 6:30. 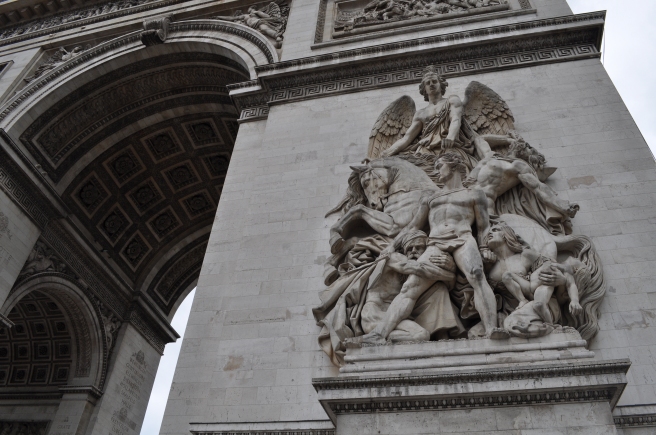 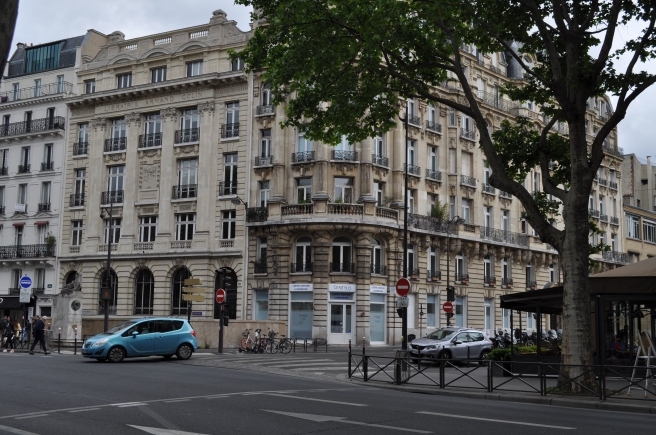 The architecture here is to die for. 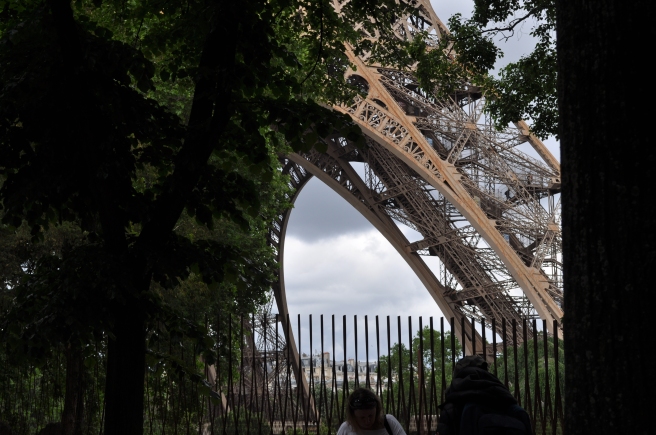 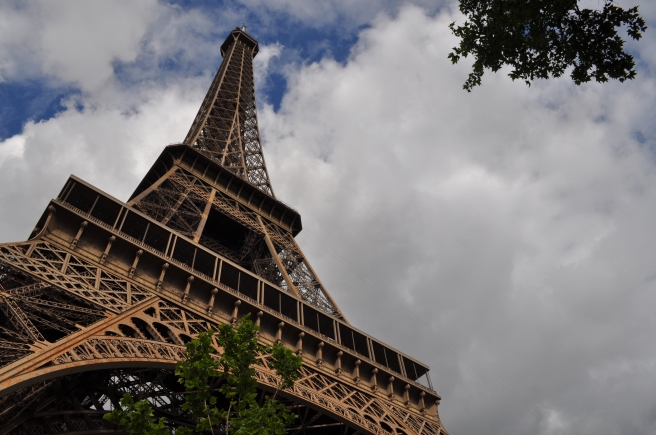 Built in 1889 for the Exposition Universelle, the Tower stands at 1,063 feet from base to tip. 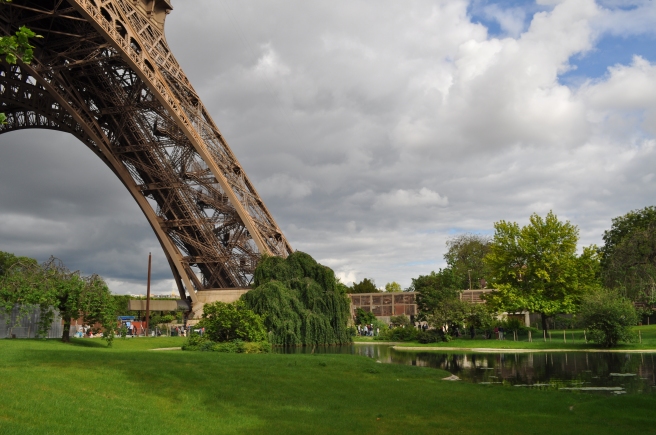 The gardens surrounding the tower were so green and lush. 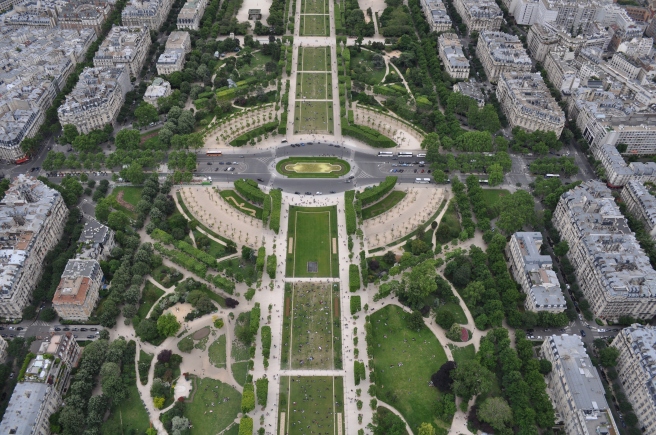 So, it was a little scary to be all the way up there, since I’m afraid of heights, but you could see all of Paris! 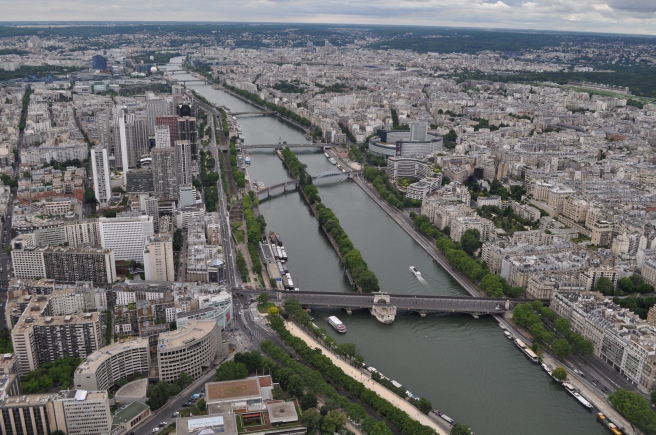 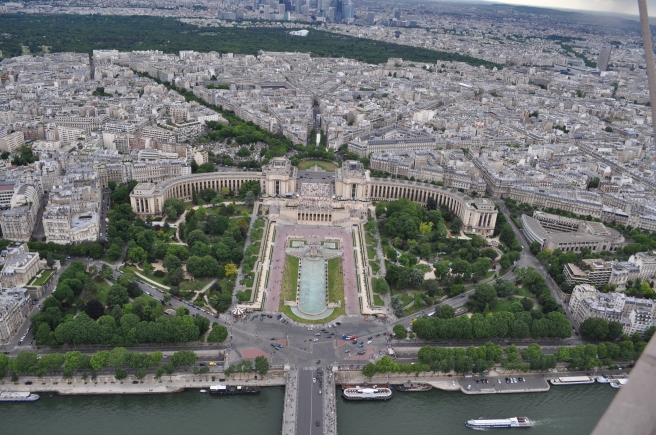 Everything is green, white, and beige. 😂 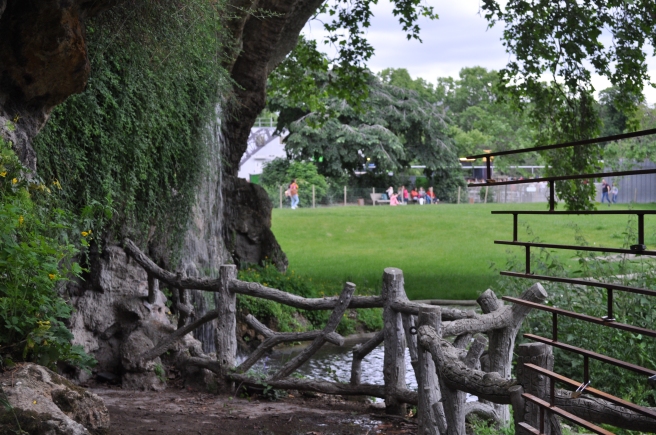 A little waterfall in the gardens. 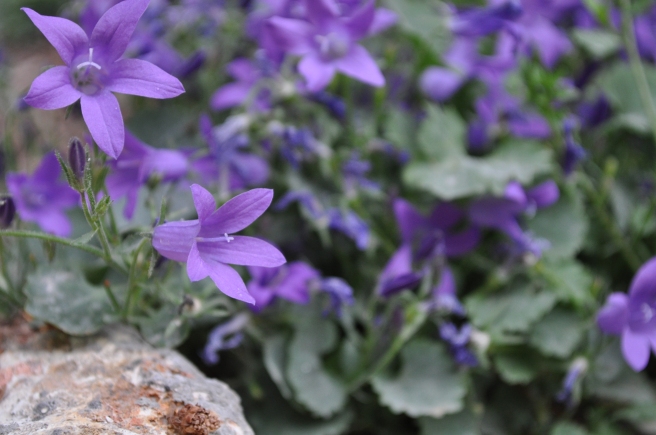 Does anyone know what these flowers are? 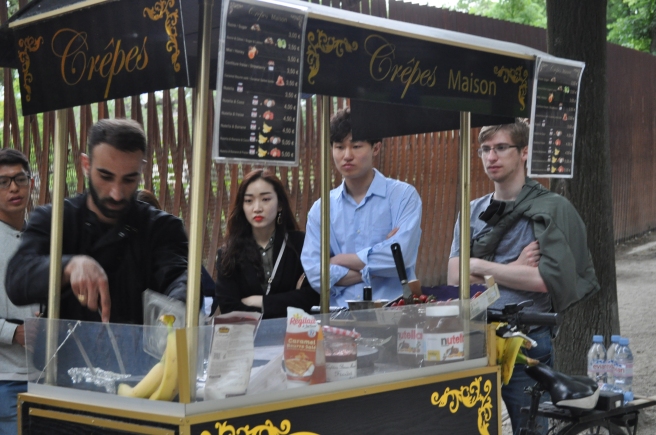 So this is a little blurry since it was getting dark out, but this is where I had my first French crêpe – Nutella et fraises. As in Nutella and strawberry. I don’t love Nutella, but it was seriously the most incredible thing I’ve eaten on the trip so far! It was like a flat pancake with warm melted chocolate spread and the best strawberries ever. It could have been the beautiful views that made it taste so good, but I think otherwise. 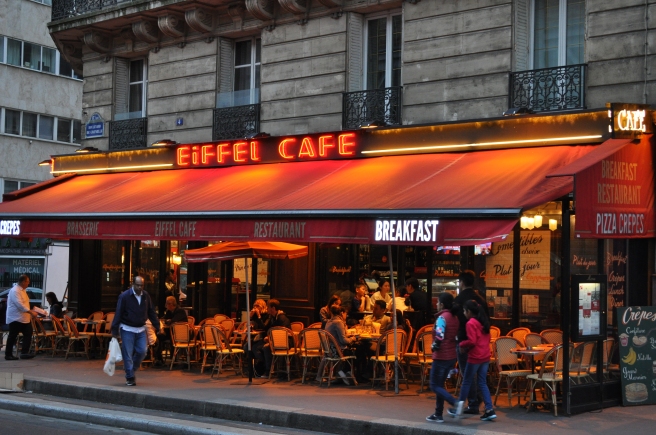 A little café we passed on the way back to the hotel.

And that’s it for today. I have an early morning tomorrow. 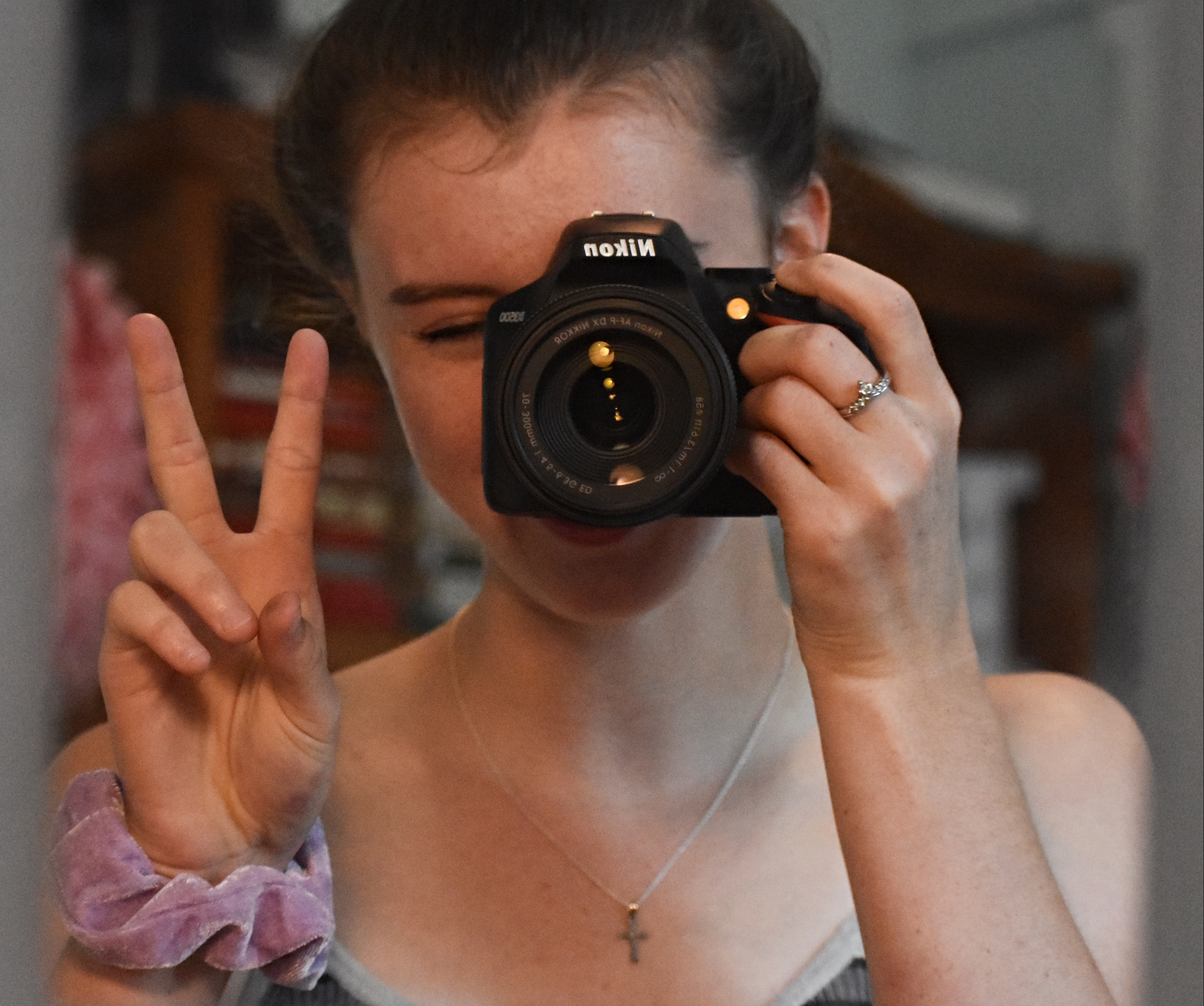 Welcome to my blog!

Hey guys, my name is Morgan (an alias!) and I’m a cross-country skier-swimmer-writer-photographer living in the beautiful Last Frontier. I speak French and American Sign Language, and I’m currently learning Spanish after a failed attempt at Russian. I have an addiction to hot tea and Thai food, and I really don’t like cats (dogs are cool though).